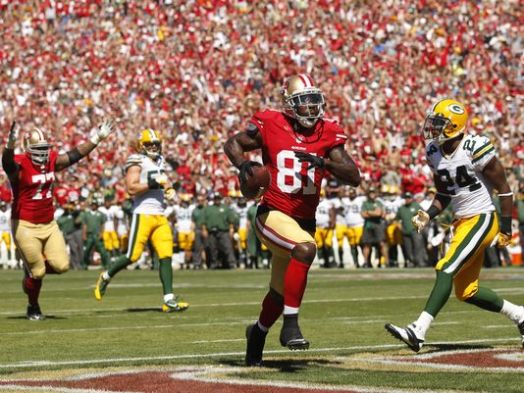 I can’t explain it. I can’t contain it.

If I had to pick a scene of the crime it’d have to be my seminary dorm room in 2009. Another winter, another heartbreaking season served by my Dallas Cowboys. Cursed because of their success and nationally televised games in my youth, I sought freedom from my tormentors. In particular one fiendish Tony Romo who in lieu of big butt and smile was still undoubtedly poison.

I was homesick. And loyal. In search of a new team would be no simple task. I had too much pride to jump to a team that was doing exceedingly well and no desire to take on the burdens of another squad. It seemed wise at the time. A decision that I could grow to appreciate and in time the star shaped scars would vanish.

But here I am now, laughing to keep from crying. How could I have jumped from a burning building onto a sinking ship?*

Two of my cousins are Jets fans and I have exchanged texts and emails filled to the brim with gallows humor. We’ve sighed over total win predictions, lamented our quarterback situation and even contemplated how many hours Rex spends on LinkedIn every week.

Yet still my excitement for this season remained. How could I still be so excited for a season where my team is the undisputed laughingstock of the league?** Fantasy football my friends, the balm in gilead.

Last year I had the displeasure of finishing in last place and was so mortified by this defeat that I joined three leagues this year. As it is currently, I am undefeated in all three leagues.*** Shouts to the tag team champions of the world Colin Kaepernick and Anquan Boldin. Keep putting up points like that and Coach Harbaugh is gonna name his playbook the Doomsday Device.

On the contrary, Marshawn, you better start carrying your weight or find yourself on the trading block. I’m so sincere.

Let’s get to my Week 2 picks. Home teams in bold. Can’t miss game with the ill underline.

Can’t we just press end to simulation on this one? I feel like Mrs. Creed watching this one. Pray to God they don’t play ‘Living in America’ as Gang Green steps on the field.

I’ve got love for Carolina but it can’t be a good sign that I really had to debate whether or not you could beat the Bills. Buffalo is like the kid in your class who makes you feel comparatively better when you get a C- on your midterm.

As an ex-Cowboys fan it hurts me to admit how enamored I am with the stylistings of Robert Griffin III. Although I applaud his Nino Brown like attempts to throw Mike Shanahan under the bus, I am happy that I avoided him in my fantasy drafts. Monday night may have proved my intutions about how healed he really is right.

Don’t trap me Dallas! Don’t do it! I won’t get suckered in. I know it’s September! I know how Romo does! Come holla at me in December or January then we’ll see if we can get a reunion going.

It must be hard being a Chargers fan…if you don’t live in San Diego.

Texans just seem so paper tiger to me. I guess that’s why I’m Dangerfielding them with this pick.

I bet these teams are gonna score 100 combined.

0-2 is not a good look Big Blue. I wasn’t riding with all those predictions putting Denver in the Super Bowl but after last week?! Demaryius Thomas is my spirit animal.

It seems like so long ago now when I was booing Shaun Alexander and the Seahawks for being the closest thing to a J. Cole and Enya duet album. Shame on them for putting this game on during Breaking Bad. Don’t make me choose!!!

Winning gains respect. You see how nobody is talking about how trash the Steelers are this year? It’s because they are winners. Society has collectively decided to let them go 6-10 in peace.

*If not for the Jets, I may never have understood the pain of buyer’s remorse.

**Oakland, you had a good run.